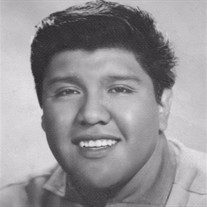 Raised in an adobe style home until he was twelve years old, Gilbert Toro, a member of the Torres-Martinez Band of Desert Cahuilla Indians has witnesses many changes in life. “Life has been good”, stated Mr. Toro, when asked his perspective on such a subject. Having never met his father, his grandparents raised him. His childhood home did not have running water; his family shared a well with six other families; his was the only family at the time, (living on the Torres-Martinez Reservation) who did not have a house. Yet, the former board member to Riverside-San Bernardino County Indian Health, Inc., held strong to a belief that serving his tribe wherever and whenever possible was a first priority. As such, Mr. Toro served over twenty years as one of his tribal representatives. Recently, Mr. Toro who is now somewhat retired sat down with the Quality Management Coordinator and spoke openly about issues ranging from his many years of experience as a RSBCIHI board member to his thoughts about Compacting and utilizing Review. His soft spoken manner and body language may not always reveal a man of intense pride; yet, during this one and an half hour interview, his facial expressions, tone of voice, and dialogue illustrated his passion for helping his people and those of the other consortium tribes of RSBCIHI. “Helping everybody-all tribes”, said Mr. Toro, “is the best way to making things better.” Mr. Toro spent his early years on the TM reservation attending grammar school in Thermal before moving to Hemet and graduating from Hemet High School. Sometime during the 1970’s, he became involved in tribal activities and volunteered to serve on the health board. He served on several board committees and sub-committees including the RSBCIHI 25th Anniversary Committee, the Personal committee (including time as chair of the committee), and the Women’s Conference Committee, which began some twelve years ago. His input on reservation issued such as Domestic Violence helped to create a forum that served as a starting point for the Women’s Conference. His matter-of-fact approach to issues was based on listening and learning before speaking out. Mr. Toro reminisced about former board member Jeanette Otero (Fort Mojave) whom he modeled his approach after. “She listened and learned, then asked intelligent questions based on what she heard.” He also mentioned other past members as examples: Norma Manzano and Christine Hernandez (San Manuel) and Frank Lugo (Morongo). Mr. Toro discussed that a combination of persuasive communication skills, respecting each board member and their tribe, and supporting each other were the keys toward building a better relationship with each board member. Throughout his many years of service, Mr. Toro missed his only one meeting and was late to a meeting only one time. A father to six children- four sons and two daughters- he served under the board presidency of his son John, in addition to serving on the same Personal Committee, though they did butt heads on a few occasions, they kept their father-son relationship away from the board and committee business. Mr. Toro served his tribal council as a treasure and as a member on the tribal housing board. He spent many hours preparing for meetings, especially while on the Personal Committee where he spent a great deal of time working with the former Human Resources Director, Frankie Patencio. He served on the Personal Committee, which hired Lin Killam, Chief Operation Officer, and Mark Jensen, Chief Financial Officer, along with many other present employees, including the QM Coordinator. He traveled to many out-of-town meetings while serving RSBCIHI, and though the sacrifices and travel were great, his end-result of making RSBCIHI a better organization was worth his effort. Sharing his thoughts on many issues that are of concern to every patient who receives services from RSBCIHI, Mr. Toro provided much insight into himself, remembering that his tribal concerns came first. From the original consortium members of Morongo (1968), Soboba (’68), Fort Mojave (’71), San Manuel (’71), Torres-Martinez (’71), and Santa Rosa (’71) to the present day, Gilbert has helped to develop this organization, for patients and staff, into one of the best Indian Health organizations in the country!

Raised in an adobe style home until he was twelve years old, Gilbert Toro, a member of the Torres-Martinez Band of Desert Cahuilla Indians has witnesses many changes in life. &#8220;Life has been good&#8221;, stated Mr. Toro, when asked his... View Obituary & Service Information

The family of Gilbert Paul Toro created this Life Tributes page to make it easy to share your memories.

Raised in an adobe style home until he was twelve years old,...

Send flowers to the Toro family.