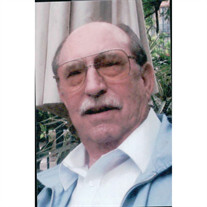 On August 2, 2013 Kenneth Paul Hartrum, 80 years old, of Folsom, California and Hemet, California, “slipped the surely bonds of Earth … and touched the face of God.” He is the beloved husband of Ivy (Ross) Hartrum, father of Kathy and Tim Hartrum, brother of Marcy Baumer, uncle to Ric & Paula Gearhart and Paul & Leslie Turner, dedicated grandfather to Melissa Leabo, Breanna Hartrum and Corinna Savage. He has 3 great grandsons (Kyle, Colton and Mason). He is “Pops” to Martha Ring and “Gramps” to her daughters Cassie and Jenny. He was born in Richmond, Indiana April 25, 1933. At 17 he enlisted in the US Air Force. He was transferred to Mather Air Force Base where he met and married his wife of 60 years, Ivy. He served in the Korean Conflict during which time he earned the Korean Service Medal, United Nations Service Medal, National Defense Service Medal, and Good Conduct Medal. Following his service, he trained as an electronics engineer and eventually returned to California and worked at Aerojet General Corporation on the Apollo/Saturn V rockets. In 1966 he joined the Sacramento County Sheriff’s Department where he served as a patrol officer and as a training officer. Many of his associates from those years remain his loving friends. He was an active member of the Rancho Cordova Elks Lodge, Seven-Eleven Club, Vital Volunteers (an organization supporting the organ transplant programs at Sutter Memorial Hospital), and two model airplane clubs. His hobbies included cabinet making, showing dogs, and flying model airplanes. He loved and cared for many dogs in his lifetime. As an adult he was rarely without a dog companion. Ken loved and gave so much to his family, friends and community that the hole left at his passing can never be filled. A memorial service is planned at the Rancho Cordova Elks Lodge on Sunday, September 15, 2013 at 11:00 AM. Memorial gifts may be made in Ken Hartrum’s name to the Bruce Verhoeven Foundation (www.verhoevenfoundation.org). Entrusted to the care of McWane Family Funeral Home.

The family of Kenneth Paul Hartrum created this Life Tributes page to make it easy to share your memories.

Send flowers to the Hartrum family.