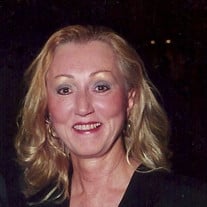 Marcia Ann Veasey, 76, of Hemet, California died on Tuesday, August 2, 2016, at Loma Linda University Medical Center in Loma Linda, California. The cause of death was a massive stroke she suffered on July 28, 2016, which left her paralysed and unresponsive. Despite heroic efforts by the LLUMC ambulance crew, emergency room crew and neurosurgeons, she remained in a coma until her death five days later. She was born on Sunday, November 12, 1939, and was the daughter of Shopal and Rachel "Lawrence" Kennedy. She had many jobs after graduation from high school. Included was banking, garage door manufacturing, fibreglass product manufacturing. She retired as National Sales Manager for Lasco Industries Inc. after relocating from Kentucky to California. She was married to Jack Etherington, the father of Shonda and Chele for 13 years and then Guy Veasey for 33 years. Marcia loved to shop for bargains and clip coupons. There were few deals in town she would pass up if she had a coupon. Marcia loved to spend time with the grandchildren and great grandchildren. She volunteered her time in the community with the AARP preparing tax returns for those that needed help. She also liked to play Sudoku and read. Her family describes her as competitive, sharp with numbers, meticulous and insisting on a spotless house. Surviving is her husband Guy Veasey, daughters Shonda Schilling and her husband Russ, Chele Eades, Christina D'Amore and her husband Paul, Laura Headley and her husband, Dudley, brother Mitchell Kennedy and his wife Hiu. There are 5 grandchildren and 4 great grandchildren. Services will be private. Her favorite charity was the DAV. McWane has provided a website to leave condolences. http://www.mcwanefamily.com/book-of-memories/2665451/Veasey-Marcia/obituary.php

Marcia Ann Veasey, 76, of Hemet, California died on Tuesday, August 2, 2016, at Loma Linda University Medical Center in Loma Linda, California. The cause of death was a massive stroke she suffered on July 28, 2016, which left her paralysed and... View Obituary & Service Information

The family of Marcia Ann Veasey created this Life Tributes page to make it easy to share your memories.

Send flowers to the Veasey family.