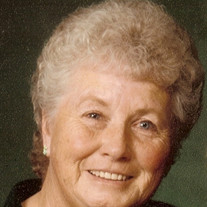 Pat Moffet passed from this world peacefully in her sleep while at home in Hemet California on Saturday July 20th 2013. Pat was born Patricia “Patsy” Joy Dial, the eldest child of Thelma and Albert on February 13th 1940 in Redding California. She has gone on to meet her Mom and Dad, her younger siblings Albert “Bud” Dial, Timmy and Tina Snell and her grandchildren Angel Whitt and Gary Scott. Pat will be preparing a place for those she left behind; her husband Michael Moffet, brother Brad Dial, five children Eric Scott, Rhinda Scott, Theona Dufer, Christofer Kimes and Cathy Lawrey. Grandchildren Janee Hubley, Craig, Lorinda & Amber Whitt, Adam French, April Salas, Dakota & Kagen Kimes, Brittney & Bobby Horsfall and Matthew Lawrey and 18 great grandchildren. Pat spent her childhood and much of her younger years in northern California. She loved to tell stories of spending her childhood running through the logging camps of the Trinity Alps with her younger brother or the summers with her grandma Hampton. She would beam with pride when she told people she was just a “country bumpkin”, who never realized that bread and milk could be bought from a store or even saw a television until she was thirteen years old. When Pat had her children she had found her calling, the love that she had for her children was the defining marker of her life. When asked what she was most proud of or what her greatest accomplishment was, her face lite up, she always flashed that beautiful smile saying simply, “Being a Mom.” Pat moved to Reno Nevada in the early 1970’s where she met and married Mike, the man she wrote about in a letter to her son once saying, “He gets a part of me son that no one else sees or wants, and he adores it. People think that the sun rises and sets yelling the names of my children in my world, but if they really know me and listened closely just as the sun rises, motivating me for a new day or peacefully passes beyond the horizon they would hear a loving and protective whisper saying, “Michael”. He is the love of my life.” Mike and Pat were married on May 3rd 1973. They lived all over California, Oregon and Nevada, finally settling in 2001 for the retirement years in Hemet California. In Hemet, with children grown and scattered all over California, Nevada and Montana, she took to pampering her dog and working in her garden, both of which she would tell you about at the drop of a hat pin. Her little brother Brad moved to Hemet in 2008 and this is when she began to attend the karaoke shows that he put on. While she was excited to meet new people her real calling began to sneak back up; Pat was happiest when she was taking care of someone. She began spending days planning and preparing meals for karaoke nights. She really bloomed those nights and often said, “It’s exhausting, but I love it. They really love my cooking.” This could go on and on page after page telling about the wonderful things that she did for people, but I think this will end just the way she would have wanted it, simply. Patricia Moffet was a wonderful wife, mother, grandmother, great grandmother, sister, aunt and friend. But most of all she was for seventy-three years a beacon of unconditional kindness, compassion and love in the world and words can never say how much she will be missed. Entrusted to the care of McWane Family Funeral Home

Pat Moffet passed from this world peacefully in her sleep while at home in Hemet California on Saturday July 20th 2013. Pat was born Patricia &#8220;Patsy&#8221; Joy Dial, the eldest child of Thelma and Albert on February 13th 1940 in Redding... View Obituary & Service Information

The family of Patricia Joy Moffet created this Life Tributes page to make it easy to share your memories.

Pat Moffet passed from this world peacefully in her sleep while...

Send flowers to the Moffet family.