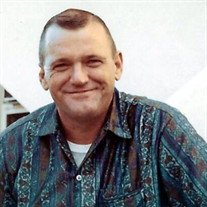 Raymond “Ernie” Ernest Hamner passed away peacefully at home with family in Romoland, California on December 6, 2021, from lung and heart disease. Ernie was born in Jasper, Alabama on June 22, 1931, as the 6th child of 13 and the first of his siblings to be born in a hospital. Ernie learned how to box after receiving his first pair of boxing gloves from an uncle in 1944, and began training with a neighbor in Decatur, AL. His family moved to Washington State in 1946 where he continued to box throughout high school. Ernie won Pacific Northwest Golden Gloves in 1949 and had hopes of joining the Olympics of 1950. However, the impact that WWII had on him inspired him to serve his country, and he joined the US Marine Corps after high school in 1949. A rifleman during the Korean War, he fought in the campaigns at Inchon Landing and the Chosin Reservoir. He then served three tours in Vietnam in several infantry positions, leading troops as First Sergeant during his 3rd tour. Ernie stopped drinking on Oct. 19, 1964, during a break between his first and second tours in Vietnam. He said it was a challenge staying sober while serving in Vietnam, considering this one of his greatest personal accomplishments. He earned many awards while serving his country including a Bronze Star, a Purple Heart, Navy Commendation, and many campaign and unit medals and citations. Ernie always said his greatest reward from the military was the trust of his men. It meant more to him to be a good leader for his fellow Marines to look up to and learn from. They knew they could always count on him in war and in peace, and many have remained friends with Ernie for 40+ years. After retiring from the USMC, Ernie began his civil service career as a drug and alcohol counselor while attending National University to earn his Masters. He taught sailors how to stay sober in a program he helped develop for the US Navy. Ernie also taught substance abuse courses at University of California, San Diego, and San Diego State University. He was a natural helper in everything he did and devoted his life in service to others. Quite the storyteller, he could talk for hours about war, politics, and patriotism. He was a fan of dirty jokes and tall tales, and his sense of humor will be missed by all. He loved Chargers football, sunbathing on the beach, trips to Las Vegas and Hawaii, and AA meetings. He made an impression on everyone he met and has left his mark in this world. He has two children with his first wife, Jerri Sue (Eaton) Lemontre, and gained three more children when he married Jo Marlene (Aylor) Hamner in 1983. The old man had the patience of a saint in raising five teenagers. He was a great dad, a loving husband, a loyal friend, and a role model for many. Ernie is preceded in death by his parents George Calvin and Jennie Mae (Kemp) Hamner; siblings George Hamner, Faye (Hamner) Hutchison, Billy Hamner, David Hamner, James Hamner, Sarah Hamner, Fletcher “Spud” Hamner; and his wife Jo Hamner. Ernie is survived by his children Yoshauna Gunn, Steve Hamner, Suzy (Hamner) Corbet, Sebastian Gunn-Hamner, and Jasper Gunn; his grandchildren Elecia, Gabriel, Christian, Julian, Alaska, Aurora, Ireland, Hannah, and Madeline; great grandsons Brenden and Lincoln; and siblings Paul Hamner, Avery Hamner, Martha (Hamner) Blocker, Mary (Hamner) Bizotte, and Katherine Hamner. Memorial service will be held at McWane Family Funeral Home in Hemet, CA on January 4, 2022 Viewing at 10:00 am, and celebration of life at 11:00 am. Burial at Riverside National Cemetery to follow.

Raymond &#8220;Ernie&#8221; Ernest Hamner passed away peacefully at home with family in Romoland, California on December 6, 2021, from lung and heart disease. Ernie was born in Jasper, Alabama on June 22, 1931, as the 6th child of 13 and the... View Obituary & Service Information

The family of Raymond "Ernie" Ernest Hamner created this Life Tributes page to make it easy to share your memories.

Send flowers to the Hamner family.