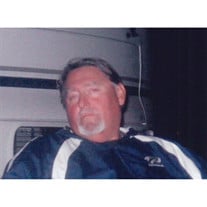 Coach Bob Testa July 25, 1949 – October 9, 2012 Bob was born in Riverside, CA on July 25, 1949 and died from a heart attack on October 9, 2012 at the age of 63 at his home. He was preceded in death by his mother Betty and brother Les. Bob is survived by his loving wife of 33 years, Jennifer; sons Robbie (Lauren) and Richie (Cassie) and grandson Bobby, the love of his life. He is also survived by his brother Carl (Colene) and nephew Tyler; his father Pete and stepmother Maxine; two stepsisters and one stepbrother. Bob is also survived by his best friends Dean Howard, Norm Hall and Ray Parks. Bob graduated from Ramona High School in Riverside in 1967. In high school he was an avid surfer. He loved spending time at the beach and fishing. He was also an outstanding baseball and softball player and excelled in both. He attended Riverside City College and University of Riverside, playing football during all those years. Bob first began coaching at the age of 17 for his little brother Carl’s flag football team, and they won the City Championship. He started coaching high school football at Arlington High School and at the same time coached Riverside Junior Tackle football. He was very involved in the Riverside Jr. Tackle Organization. Bob’s football coaching career continued at Ramona High School, North High School, Bloomington High School, La Sierra High School, Perris High School, Rancho Verde High School, Paloma High School, and West Valley High School where he was currently coaching. His career produced many championships during his 46 years of coaching. He had a great influence on everyone that he coached. Bob touched many lives and will be truly missed by all those who were honored to know him and who loved him. A memorial service will be held on Saturday, October 13, 2012 at 3:30 PM at West Valley Bible Church, 350 S. Sanderson Avenue, San Jacinto, CA. Very casual attire is recommended, or what you feel comfortable wearing. Entrusted to the care of McWane Family Funeral Home, 350 N. San Jacinto St., Hemet, CA 92543

The family of Robert Allen Testa created this Life Tributes page to make it easy to share your memories.

Send flowers to the Testa family.