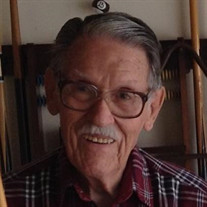 Rudy Joseph Christy was born March 16, 1928 in San Pedro, California and passed peacefully at home November 26, 2019 in Hemet, California. Dad was a life-long Southern California resident and spoke fondly of growing up in Santa Ana. He attended St. Joseph’s elementary school during the height of The Great Depression. Even so, labeling himself the “baby” of the family, he would say he lacked for nothing. Typical of young men of that era, at the age of 13 Dad’s first “job” was early Saturday mornings standing on a street corner selling the L.A. Examiner. While in high school he improved his employment situation when he accepted a job offer for J.C. Penney Company. In 1947, Dad graduated from St. Anthony’s High School in Long Beach. After graduation, a trip to Torreon, Mexico resulted in an extended stay and Dad filled the time teaching English by day to grade school children as well as evening classes for adults. Once back in Santa Ana, Dad took a job at Joe’s Supermarket. This began what would be a 40 year career in the grocery industry as a produce clerk. In May 1950, at the request of a friend, Dad filled in on a blind date, meeting the young woman who would quickly become his wife; Betty Jean Hill. They were married February 25, 1951. Dad enlisted in the Naval Reserve November 1952 and was called to active duty six weeks later during the Korean War. He considered himself fortunate to be stationed in Honolulu, Hawaii. After military service, Dad and Mom returned to Santa Ana, and their family continued to grow. There was a move to the city of Orange in 1963, and later, to Homeland and Hemet in Riverside County. Dad and Mom would have six children and a marriage lasting 61 years until Mom’s death in 2012. Dad loved summer camping trips with his family, taking home movies, playing pool, and watching classic movies. In the later years, Dad and Mom would travel in their camper, often visiting children and grandchildren in Portland, Oregon. He was a hard worker, faithful husband and father, and will be missed by everyone who knew him. Dad was preceded in death by his wife, Betty, and grandson, Nathan Stinnett. He is survived by sons, Steve (Brenda) Christy, David (Abby) Christy, Gary Christy, and Martin Christy; daughters Mary (Bill) Stinnett and Jennifer (Michael) Hardy; 14 grandchildren and 14 great grandchildren. Rest Dad. We Love You. In lieu of flowers donations may be made to the Ronald McDonald House of Orange County.

The family of Rudy Joseph Christy created this Life Tributes page to make it easy to share your memories.

Send flowers to the Christy family.