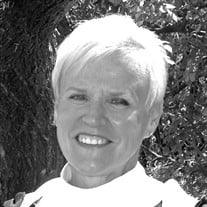 Sue (Lichorobiec) Winslow, 68, of Hemet, California, passed away after a long illness Saturday, December 28, 2013. She is predeceased by her parents Antoinette (Krysiak) and Edward Lichorobiec and her daughter, Dana Lynn Kurpaska. Born October 20, 1945 in Fulton, New York, she graduated from Fulton High School in 1963. Sue lived in Baldwinsville, New York for thirty years before retiring to California where she lived for nearly ten years. Sue was an associate with William-Alan Real Estate and was a member of the Greater Syracuse Board of Realtors where she earned multiple awards. She was a pacesetter in the industry, known for her creative marketing techniques. Sue is survived by her husband of 49 years, William; a daughter, Suzanne Denny (Mark) from Scotia, NY; grandchildren William, Stephen, Eric, and Kimberly Denny of Scotia, NY; and Alicja Kurpaska of Ontario, Canada; brothers Edward, Frank, and Raymond; and several nieces and nephews. There will be a funeral mass Saturday, January 4 at 1 pm at St. Elizabeth Ann Seton Catholic Church, Baldwinsville. A spring inurnment will take place at St. Mary’s Cemetery, Fulton, NY. A memorial service for Sue’s family and friends in California will be held at the Mountain View Lodge of Solera Diamond Valley in Hemet, California. Contributions in lieu of flowers may be made to the Chronic Disease Fund, 6900 N. Dallas Pkwy, Ste 200, Plano, TX 75024.

The family of Sue Winslow created this Life Tributes page to make it easy to share your memories.

Send flowers to the Winslow family.