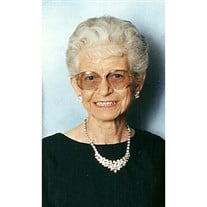 Vivian Carlton Harding, age 89, passed away on Saturday, May29, 2010. Born September 19, 1920 in Vayland , SouthDakota , she was the daughter of the late Ralph andBertha Carlton. She graduated from Cathedralhigh school in Denver CO in 1938. In January 1947, she married her late husband, Charles L. Harding of Wenatchee , WA and started their life together managing a fruitranch in Wenatchee . When Charles was recalled to the service, sheended up the wife of a career military man. Tours of duty included Paris France ; Dayton OH ; Torrance and San Bernardino , California . As a professional, she spent most of her 37 year career as asecretary/bookkeeper starting in World War II at Consolidated Vultee Aircraft(now Convair) at North Island naval airbase and ending at Joseph GeorgeDistributor in San Jose , CA . After Charles retired, they traveled throughout the United States ,visiting all 50 states. Their final movewas to Hemet where she lived for nearly three decades. Vivian was an active volunteer in the Catholic church whereshe was frequently a member of the altar society and/or parish council for the churchwhere she was currently located. Here in Hemet , sheended her active service as a lectern at Our Lady of the Valley. For hobbies, she was an excellent seamstress, and did knitting,crocheting, tatting, needlepoint, resin making and genealogy. Vivian is survived by her brother Michael Carlton, twodaughters, BB Harding and Gene Muto, a son Dennis Harding, twodaughters-in-law, Deborah Myers-Harding and Bonnie Bushaw, and fourgrandchildren Audrey Muto, Kathrine Muto-Ibarra, John Myers and RachelBjornson. Two of her five childrenpredeceased her - Charles Carlton and Joy. In lieu of flowers, in-memoriam donations can be made toeither the cancer society or the heart foundation. Entrusted to the care of McWane Family Funeral Home.

Vivian Carlton Harding, age 89, passed away on Saturday, May29, 2010. Born September 19, 1920 in Vayland , SouthDakota , she was the daughter of the late Ralph andBertha Carlton. She graduated from Cathedralhigh school in Denver CO in 1938.... View Obituary & Service Information

The family of Vivian Carlton Harding created this Life Tributes page to make it easy to share your memories.

Send flowers to the Harding family.