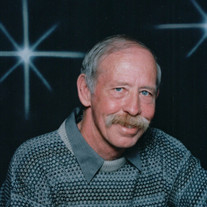 William Dale Bricker, age 65, of San Jacinto, California, passed away on Saturday, September 29, 2012. William was born Tuesday, January 14, 1947 to Dale and Marjorie Bricker in Greeley, Colorado. He proudly and valiantly served our country as an Aviation Unit Supervisor for the United States Marine Corps for more than 22 years. William loved to travel. He enjoyed hiking, playing Bingo, and spending time with his family and friends. William is survived by his beloved wife of 15 years, Sandra Bricker of San Jacinto; His daughter, Noelle (Jay) Ross of Ohio; his granddaughters, Morgan, Brittany, and Jessie; and his sisters, Kimberly (Charles) Stringer of Winchester, California and Beverly Goyette of Epsom, New Hampshire. Graveside services will begin at 10:15 am on Friday, October 12, 2012 at Riverside National Cemetery, 22495 Van Buren Boulevard, Riverside, California. William touched many lives and will be truly missed by all those who were honored to know him and who loved him. Entrusted to the care of McWane Family Funeral Home.

The family of William Dale Bricker created this Life Tributes page to make it easy to share your memories.

Send flowers to the Bricker family.